The project “Diamonds of Czech Business” is organized by COT media, which, on the basis of its successes in the context of economic output, evaluates and then announces the most prosperous business entities in the individual regions of the Czech Republic.
One of the main tasks of the above-mentioned company regarding the project is then the support in the form of so-called networking, where it is possible to get new contacts at different meetings or to connect the business, academic and expert environment and even the area of ​​culture, science and sports. Expert guarantors of the project are the Charles University, the Czech Technical University and the Economic Chamber of the Czech Republic.

Awards are decorated to those companies that meet certain economic indicators, such as turnover between CZK 100 million and CZK 5 billion if they have publicly available accounts for the past three years or qualitatively, if the company gets its commitments.

Due to the location of our company’s headquarters, we have been compared with other business entities in the South Bohemian Region. Even though we did not take the front of this award, we are proud to be in the top ten ranking, which was announced on February 14, 2019 at the Karlín Music Theater. 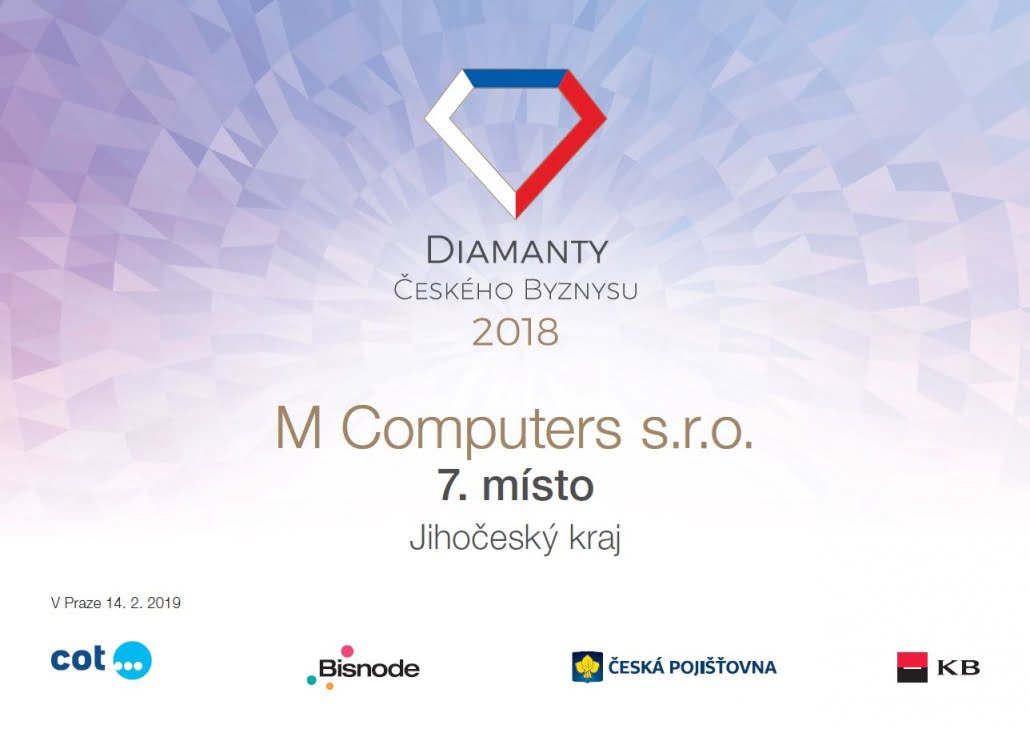